“Cause This is Thriller!” Halloween Session Ideas for Teens

“Cause This is Thriller!” Halloween Session Ideas for Teens 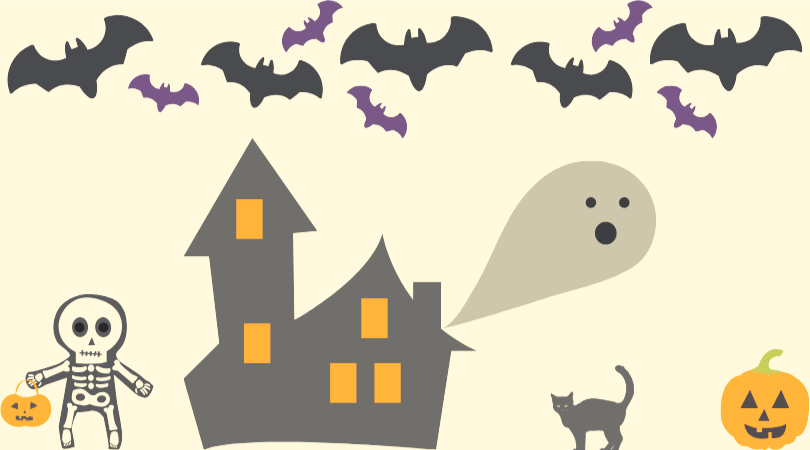 I am pretty excited that Halloween is right around the corner.

There’s something about the pumpkins, the candy, and the costumes that makes me feel like a kid again. (Or maybe that’s just because I work at a preschool!)

Last Sunday one of my favorite programs, Friendship Circle, started up again. I facilitate music therapy groups for their Children’s Circle (children ages 6-10 with special needs) and Teen Scene (teens ages 13-19 with special needs). I have to say, even though the sessions take place early on Sunday morning, it is one of my favorite programs to work with.

I love being able to learn new pop songs for Teen Scene and come up with ideas to work on socialization and other skills through musical games.

For last Sunday’s sessions I planned tons of fun Halloween activities (were they goal oriented? You bet!) Here are two of the favorites:

“Inside a House That is Haunted” – A Musical Song/Story

(Note: I used the book for Children’s Circle. To make it age appropriate for Teen Scene, I left out the book and just sang through the song. This also allowed them to really work on those listening skills to hear when their character appeared in the story).

Interested in finding out the entire procedure AND accessing the sheet music for the original song I wrote for this book? Check out my E-Book: Tuneful Teens: Creative Ideas for Engaging Adolescents in Music Therapy.

Another popular activity I facilitated was a creative movement/dance activity to “Thriller.” I don’t often use recorded music in my sessions, but every so often it is refreshing, especially when it’s Michael Jackson!

Here’s how it was structured:

1) Divide the group into smaller groups of 4 or 5 teens.

2) Give each small group a picture of a Halloween character: Frankenstein, skeleton, cat, bat, witch, or mummy.

3) Instruct each small group to create an 8-beat movement pattern for their picture. Tell them to really get into the character!

5) Continue around the group a second time, but instead of performing the movement for 8 beats, have them perform it for 4 beats, then 2 beats, etc., so you are moving quickly around the circle.

6) After finishing the song have the small groups switch pictures and repeat the steps above.

The teens loved it and got really into creating the movement for their picture so it came alive!

Another variation would be to have each small group perform their movement to the song and have the others guess what Halloween person or thing they are.

Action time! Leave a comment below and share with the rest of us your favorite Halloween activity to lead with teens.