Why I Led This Music Therapy Session in the Dark

Why I Led This Music Therapy Session in the Dark 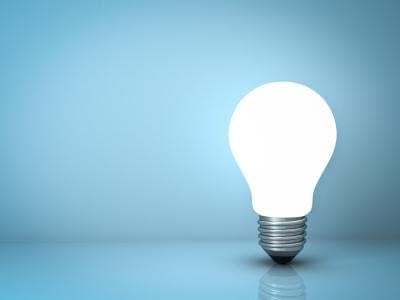 For the past three weeks a client of mine has come into our session room and turned off the light.

He’ll turn it off, then turn it on. Then he’ll play with the dimmer and make the light brighter…then darker.

Then he’ll turn the light off again.

Each time he did this I would respond by turning the light on and encouraging him to sit down so we could start the session.

This happened for a few weeks until finally….the light bulb went on for me. (Like that? :))

The light was too overstimulating for him.

This client is non verbal, but he was communicating with me very well.

He was telling me the light was too bright and he preferred it to be off.

Since then, we’ve turned the light off in the room and allowed the light from the hallway and windows to provide a nice soft glow.

It was a simple change, but a significant one.

Since I’ve made that change, this client has been more focused and attentive to me during our sessions.

This client is on the autism spectrum. I think he had to use his attentional resources to block out the light because it was overstimulating, therefore it was hard for him to focus his attention on me during the session.

Between the bright lights, the buzzing fan, the voices outside, and the clock ticking, there are a lot of things that in combination provide a very overstimulating environment.

If we can remove at least one of those distracting or overstimulating variables this might assist in helping individuals with autism focus and participate to their maximum potential during our sessions.

I’ve tried turning the lights off (or dimming them) in some of my other sessions with children with autism and it has helped tremendously.

Have you had this happen in your sessions? If so, I’d love to hear. Leave a comment below ~