Being Brave with Your Teen Music Therapy Groups

Being Brave with Your Teen Music Therapy Groups

This is a theme that’s reappeared quite frequently in the last year or two….in Disney movies and in songs.

I think this theme is very relevant to teens and so I decided to incorporate it into my music therapy sessions last week. These are sessions for teens with autism and other special needs and the responses I got were pretty incredible.

Here’s how I structured the intervention:

– I started off by asking someone to tell me what it means to be brave. After defining the term, we had a brief discussion about whether it’s easy or hard to be brave sometimes and why.

– Following this discussion, we sang through “Brave” by Sara Bareilles.

– Then I asked each group member to think of a time when they were afraid and had to be brave. I gave them a few minutes to think about this on their own or discuss it with the person next to them.

– We further discussed the things or people that helped them feel brave.

– We ended by singing through “Brave” one more time and I asked them to think as we sang, about all those times they had to be and were brave.

After the song was over I got a surprise when one of the teens in the group asked me….

“When was a time you had to be brave?”

I have to admit I was caught a bit off guard, because I sure was not expecting that! But what a beautiful thing. It made perfect sense. I had asked them to be vulnerable and share about times they were afraid, so why shouldn’t I be expected to do the same thing?

Fortunately (I think?) I had a big ol’ bruise on my arm from getting blood drawn at the doctor’s office earlier that week. So I shared that going to the doctor and having blood drawn was certainly not fun and that was a time when I really needed to be brave.

I felt honored to be asked that and I think I will always, always remember how important it is for us to be comfortable doing the things we ask our clients to do as well. Sometimes those things are uncomfortable and scary.

All in all it was a memorable session and I believe the teens felt empowered as they recalled the times when they had to be brave in their lives. 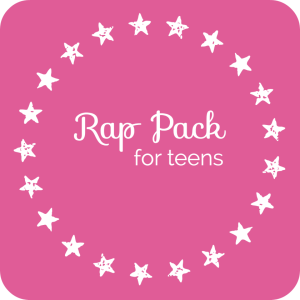