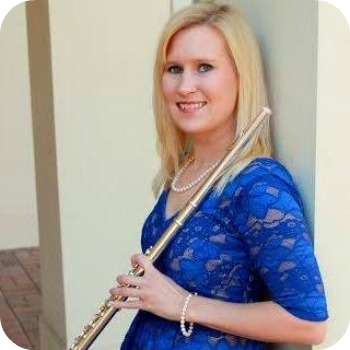 Laurie Peebles received a Bachelors of Music in Music Therapy from Converse College. She completed her internship with the Fulton County School System in the spring of 2011.

Following the completion of her internship, Laurie joined the team at The George Center for Music Therapy, in Atlanta, GA, a private practice, which specializes in catering to children with exceptionalities. She worked with children with Autism, Emotional Behavioral Disorder, mental disabilities, survivors of abuse, children who have lost parents or siblings, and/or other varying health impairments.

Laurie has been a member of AMTA since 2008. She has served on the executive board as secretary of the Music Therapy Association of Georgia from 2012-2014. In 2014, she began working as the music therapist on the Oncology Units at Greenville Memorial Hospital, a program funded by a LiveSTRONG grant.

In fall of 2016, Laurie completed her Master’s degree in music education from Converse College. Currently, Laurie is studying music therapy at the University of Miami and working towards receiving her doctorate in the field. In addition, she has studied flute for 18 years and is also proficient in guitar, piano, and voice.

Back to “Meet the Team”